On June 27, 2016, I began my journey from Baltimore, Maryland down to Glen Allen, Virginia to fill out my employment paperwork with The Capstone Contracting Company.  I drove the three hours from the dead of night, knowing I first had to go there before then being assigned to my first post as a Capstone Employee: Williamsburg, Virginia for a week.  By week’s end I would be headed back up to Baltimore to pack up our house and officially move down to Midlothian, Virginia.  Midlothian is a wonderful little suburb that reminds me of home in its construct and has more than enough green space to grow into whatever it will become.

My experience with Capstone Contracting has been a prosperous one.  I made the decision to begin my Virginia tenure with Capstone because I saw in their outfit the same talent and desire for growth that I saw in my former firm when making that selection.  I was as lucky then as I am now, having moved from one place of support and family culture to the next.  There were a dozen places I could have landed.  I feel lucky I was able to have a choice, and even more lucky to have gone with my gut in making the decision I made.

In my time with Capstone I have been on five projects.  Only three of whom would actually go on my resume, for the other two were quick-stint assignments to fill in for other superintendents on vacation, before my final landing place opened up.  They have largely been multi-family, although my last one was a light commercial expansion project with a pre-engineered metal building to encompass two large soccer fields, with a smaller one against it.  I have been fortunate to be surrounded by some of the kindest professionals I have ever met.  They have welcomed me into the fold, shared the ins and outs of the local jurisdictions, eateries and events in and around the city.  I have formulated professional relationships with many, and friendships with more than I expected.  Most recently I have been tasked with my company’s first project on campus at the University of Richmond in some time.  We are growing together and I am excited by the growth opportunities I have seen, both for myself, and for Capstone as a whole.

I have been given the freedom to succeed and the support to fall back on when subcontractors proved difficult, or family events needed tending to.  As the first of hopefully many years to come, I intend on understanding the limits of my drive and capabilities, and hope to continue to have their trust.  On my one year anniversary, I am grateful to include the Capstone Contracting Company on my ever-growing list of What Happiness Means to Me.

Yours in the Pursuit of Happiness, 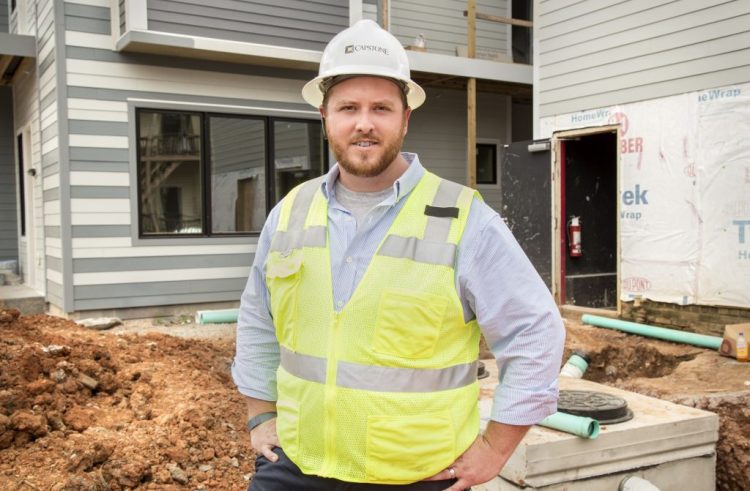