Merry Christmas to All!

The Virginia O’Connors, operating with the throttle wide open, have been up to all sorts of mischief this year, but hope to count ourselves alongside you all on the “Nice List”.  Having gained some footing in Richmond, we’ve stretched out a bit, developed some wonderful friendships, put down some roots, established traditions and added to our family! 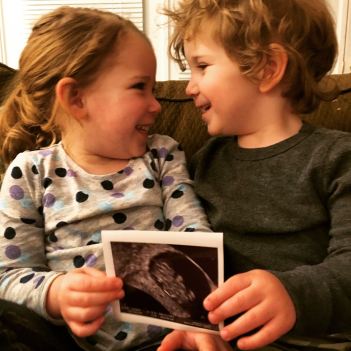 Over a mild winter, we announced the coming arrival of a new baby girl, Eve Corrine O’Connor, and welcomed her to the world on August 9th.  But we’ll get to that.  We’ve worked hard to establish meaningful relationships both for ourselves, and for our children.  We’ve been blessed both at work, and at play and have much to look forward to in the coming year!

Will has been extremely busy with work, having nearly completed 3 projects in the calendar year.  His job in Richmond saw him finish his first pre-fabricated steel building, an indoor soccer facility right off 95 South (he points this out to us every time we drive past it).  He then moved to project on campus at the University of Richmond, where we all saw very little of him required to complete the project in the 12 weeks the students were off from school.

Finally, a historic renovation of an old automotive service building, along a main artery into the city, to become the show-piece of Midas Tire and Auto.  There is tremendous growth opportunity for Will in this company, so we’re all excited to see where that goes.  Additionally, Will has spent most of his down time collecting thoughts and stories to begin writing a book.  Here’s to hoping 2018 allows a bit more time to delve deeper into that passion. 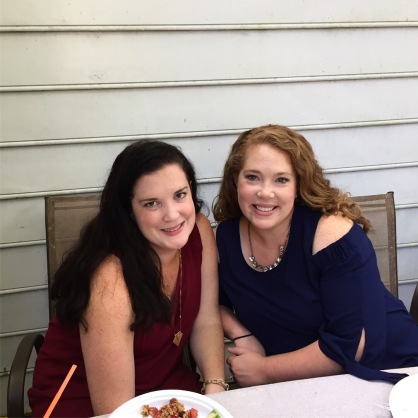 Carolyn has had an amazing year, as well all knew she would.  Balancing work, daycare routes, taking care of two children and one large man-child, while also bringing another child into the world.  Professionally, Carolyn hit all of her annual goals prior to taking maternity leave.  An achievement all of us are extremely proud of, her ability to excel as a top agent for her company while still being the loving and caring momma bear of the house is not something most people can do.  Carolyn has developed some great friendships with some women in the area and enjoys spending time with them at a book club, among other activities, while giving Will the occasional opportunity to wrangle the kids from the bath-tub to bed while hopefully still finding the tooth brush and pajamas.  In all, its been a banner year for her.

Quinn saw August 21st turn the page to age 4 this year, but everybody who knows Quinn knows she’s really 17.  Highlights for Quinn include learning how to sound out spelling of words, playing with various friends from pre-school and being the world’s best big sister to both Xavier and Eve. 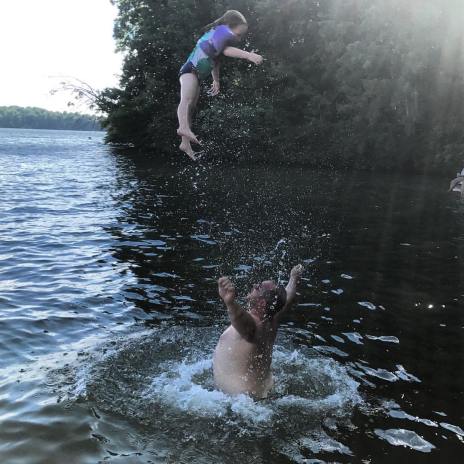 She’s immensely attentive to Eve and has been a great helper to Carolyn when she isn’t busy picking out her own outfits, learning to ride a bike or educating all of us about the most recent thing she’s learned at school.  Quinn has stunned us this year in a variety of ways, most notably her development at school.  While there, she has grown by a factor of ten.  She loves her teachers so much that she wants to be one.  She loves what she’s learned so much that she takes great measures to teach each of us.  Her role as big sister suits her perfectly, and the coming of the next school year will see her in Kindegarten.  It is truly amazing how fast time flies.  Will is already mapping out the bus route, to ensure his baby girl gets safely to school for at least the first few months.

Xavier (3) is the archetypical image of a boy.  The bin that once held a few balls now overfloweth.  These instruments include a wide array of baseballs, soccer balls, basketballs and swords of all influences.  When he isn’t busy showing us how high he can throw a ball, or challenging Will to ninja fights, he’s enthralled with Thomas, Lightning McQueen and Raphael.  Xavier also is comedian-in-chief of the household, pausing at nothing to find the hilarity in all situations and displaying his knowledge of humor through his vivacious laugh.

Eve (4 mos) hasn’t really acquired any skills to this point beyond holding her head up, but we’ll let that slide this year.  Coming into the world at 10:00 PM on August 9th via Caesarean, weighing 8 lbs 9oz and pink as can be, Eve Corrine has been the perfect addition to the O’Connor family.  Will continues to give thanks that the children mostly look like Carolyn.  Carolyn has filled all of Apple’s clouds with pictures, videos and snaps of Eve’s smiles, giggles and various other new discoveries.

This world is tumultuous.  When we are able to sit down and rest from our own challenges and trials, all we have to do is turn on the television and see the world isn’t done with its own set.  And yet here we are, in the happiest of times, prevailing alongside you all nonetheless.  It is our firm belief that the blessings we have, the happiness we’ve created and the prosperity we enjoy is in direct relationship to the graces we’ve received from each and every one of you.  It is our hope we’ve provided a fraction of the same.  As we prepare to enter 2018, we pray your good health and happiness may endure, that you may rise to meet your challenges, down every road you roam, and that God continues to hold you in the palm of His hand.

Merry Christmas to All,